LOL. After state’s plagiarism of ECU’s midfield logo blew up in their faces in classic ncstatelol fashion, they have decided the day before their game against ECU to abandon the idea and destroy the evidence.

After Carolina players got a good laugh on the logo following their November 2nd victory at Carter-Finley, lord only knows what the actual victims of state’s plagiarism would have done in a victory celebration. Clearly, that was a situation that state wanted desperately to avoid.

NC State’s hilarious “This is Our State” marketing campaign, an idea plagiarized from Mississippi State, has become even more comical in a year where their athletic teams have lost to nearly every other program in the state, including an 82-72 home defeat to NC Central on Wednesday.

ABC11’s Mark Armstrong reached out to Debbie for her thoughts on the marketing department’s latest colossal backfire:

Since it's become such a recurring and popular topic of discussion, I traded a couple texts with Debbie Yow about 'Our State' today…

Here is the text of the following tweets:
“The history is it was meant as a tribute to our fans, who span the mountains to the seashores of NC. Others saw it as a statement of dominance in competition and still others saw it as simply a play on our name, State.” As for whether a run of disappointing results would maybe result in a change of tack? “The marketing staff discusses themes each Spring, so we just are not there yet. I do not know what they will recommend.”

In a year where their football team has lost to Wake, Carolina, and Duke, NC state’s basketball team has added their own contribution to the hilariously ill-conceived “our state” campaign:

This was posted on Reddit yesterday, and comes from the NC State Syracuse game this past Saturday. Wow… 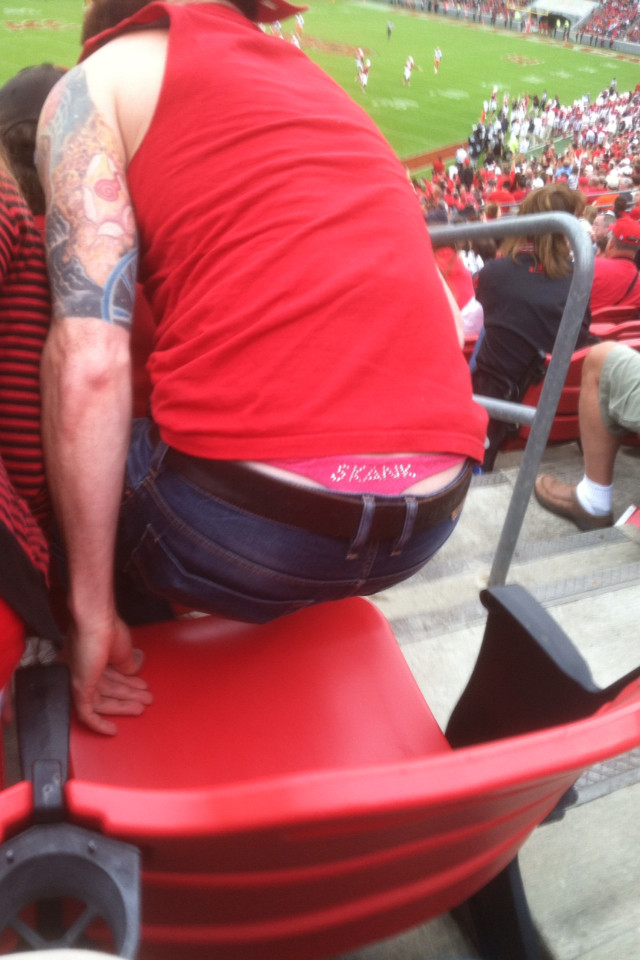 In the midst of state’s continuing efforts towards a “Re-Branding”, the dancers from Thursday night have provided us with an image representing the essence of the NC State brand: LOL.

Thanks to EcceRomani for these excellent creations. 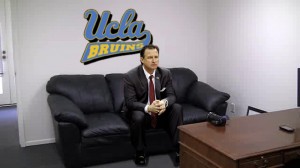 Shoutout to trumpetbutt on IC for the photoshop job

If this is true and the UCLA boosters really want Gottfried, it would be a headscratcher.  They fired Howland for doing exactly what Gottfried has done this year (and everywhere he’s been): underachieve with a talented team. Also there is Gottfried’s “amorous” reputation to consider – a reputation one packpride moderator referred to as “the worst kept secret in Raleigh”.

Former NC State football player and all-around shithead Dwayne O’Rear is running for Student Body President at NC State.  Not only is he fat, stupid, and homophobic… he’s also a racist!

The public record of this presidential hopeful is riddled with gems.  Here’s a stirring conversation with some of his would-be constituents:

END_OF_DOCUMENT_TOKEN_TO_BE_REPLACED

It appears state’s premature ACC champs T-Shirts were not a harbinger of glory for the wolpfack, as they lost their 2nd round game to Miami today.  Perhaps these shirts would make a more accurate keepsake:

Shoutout to chawkheel on IC for the photoshop job 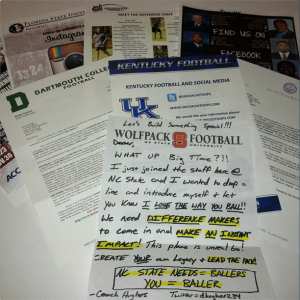 “WHAT UP Big Time?!!” Reading like a bad unbelievably terrible Under Armor commercial, this NC State recruiting letter leaves no doubt that the new football staff will fit in perfectly at UNC-Raleigh. Perhaps the most embarrassing part is that while this is meant to come across as a personalized, hand-written letter, the cut-off letters on the left side clearly show this is a photocopy.  wow… [email protected]

Update: Another recruit has posted his identical copy. 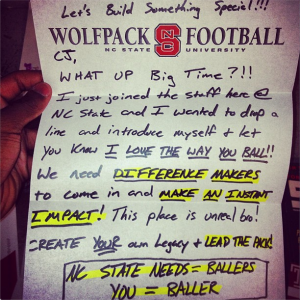 These letters seem to be getting everywhere.  Check these out for more hilarity: