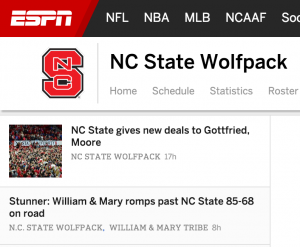 In a span of 9 hours, NC State gave head coach Mark Gottfried a raise and contract extension, and lost their season opener by 17 at home to one of the worst NCAA Division I programs.

END_OF_DOCUMENT_TOKEN_TO_BE_REPLACED

Mark Gottfried was awfully proud of the new custom shoes that Adidas made for him. But in typical NC State fashion, they managed to screw it up by making them both hideously ugly, and by using a version of the block S logo that was replaced over 10 years ago.

Fired up to have my own @adidas shoe! What you think about em @catbarber1994? #adidas pic.twitter.com/klGaTlfV3I 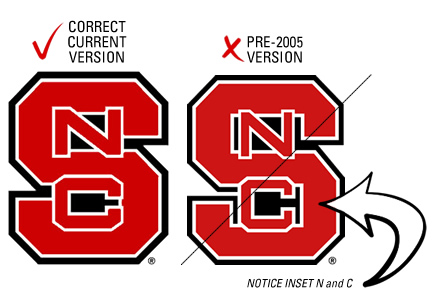 Well, the ‘ol Wolpfack marketing department is at it again with a video promoting National Signing Day that is so perfectly NC State.

This time at least it isn’t a fan filming people in the bathroom. Instead it’s Dave Doeren stripping down to get in the shower while Wagon Wheel plays in the background. Then when he’s done showering, Mr. Wuff is standing next to him with a fax machine and a towel and gives him a thumbs up. It’s part creepy, part classic NCStateLOL.

After sacking Green Bay quarterback Aaron Rodgers on 3rd and 10 early in the first quarter, he immediately jumped up and tried to mock Rodgers’ trademark Discount Double-Check. Unfortunately for Tulloch, his knee couldn’t withstand the intensity of his celebration and gave out underneath him. He tore his ACL and is now done for the season.

I’m not even sure what else to say here. 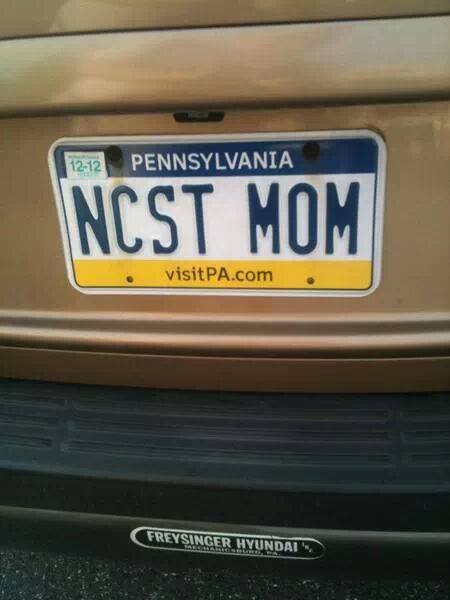 Well, they’re at it again.

After ripping off LSU’s intro video and Mississippi State’s entire branding campaign, they’ve decided to steal ideas from someone a little closer to home.

This picture surfaced on Twitter yesterday of State’s new midfield logo for the Carolina game this weekend. As you can see it is a direct rip off of the emblem ECU has used for years. 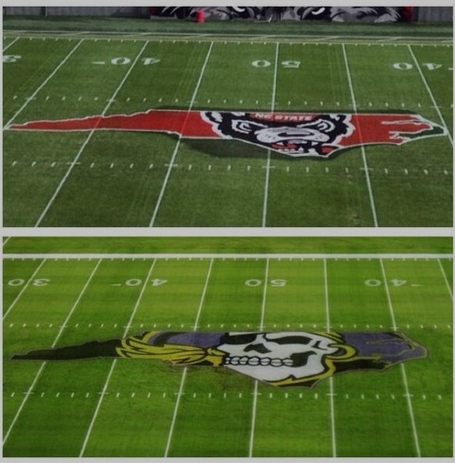 It immediately caused some debate over whether it was photoshopped. However, shortly thereafter it was confirmed by multiple people as being true. The N&O is even piling on acknowledging State’s continuous marketing rip-offs.

It’s certainly [NC State’s] standard practice to borrow promotional concepts from schools elsewhere – such as Mississippi State’s “Our State” campaign or the LSU football intro video, which is how PNC Arena ended up “rising defiantly from the Triangle.”

As if it wasn’t enough to rip off Mississippi State’s “Our State” slogan, it appears that isn’t all NC State’s marketing gurus have been copying.

The intro video they play before basketball games is essentially a word for word rip off of an LSU football intro video. Someone was kind enough to splice them together for us.

Harmless typo or Freudian slip? The Winston-Salem Journal made an unfortunate spelling error while reporting about the hiring of Dereck Whittenburg to the basketball coaching staff at NC State.

Whittenberg most recently coached at Fordham from 2003-2010, where he led the Rams to a stellar 69-121 record. However he is most famous for his airball in the 1983 NCAA Championship game, which led to Lorenzo Charles’ game winning dunk.

He was hired to the position of  Senior Assistant TO the Head Coach. 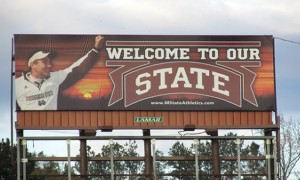 For the last year NC State has been pushing hard their new slogan of “Our State”. Trying to lay claim that they have the best athletic program of all of the universities in the state of North Carolina.

Despite the facts that the stats and years of mediocrity do not reflect this, it has been further tarnished by the revelation that the entire campaign was in fact plagiarized from Mississippi State. More images after the break.  END_OF_DOCUMENT_TOKEN_TO_BE_REPLACED